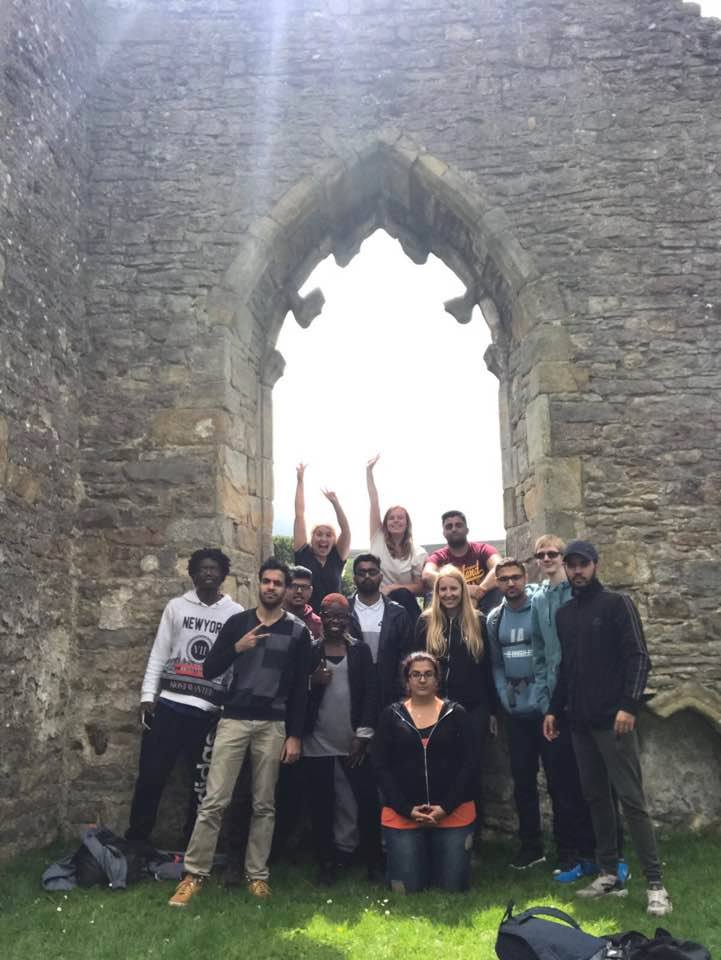 Dex My story  project ended in September 2017 The Heritage Lottery Fund which has agreed to extend DEX  (Desf Mainstreamers) My Deaf Story project until next April.   This means the DEX Deaf Youth Council can get involved in more Deaf cultural activities and more fun to come! There are five main parts to the My Deaf Story Heritage project:

John Hay, MBE, and Chair of the British Deaf History Society, gave three fascinating talks about the most important parts of deaf history, Deaf campaigns and famous Deaf people.There was a visit to the Thackray Museum, Leeds, where there is a large collection of ear trumpets and old hearing aids which we could handle. This was followed by a talk on the Social Model of Disability and the Medical Model in the medical museum!In January 2017 we visited the BDHS Museum, Warrington, and again lots attended.We went in February on a trip to the ‘Power in our hands,’ film in Bradford Media Museum.The DDYC members also in January went to the Houses of Parliament, Westminster, organised by Rachael Reeves, MP, which was well attended.Finally John Smith, Deaf comedian and teacher, showed us examples of Deaf comedy and Deaf culture, which was really funny.

The My Deaf Story play on 19 November 2016 at the Waterton Mechanics Theatre in Wakefield, West Yorkshire, was a huge success and the production was amazing. There was really good feedback from everyone in the audience, and people who did not see it have heard how good it is. Many said it was an emotional play and made hearing people more aware.The actors said that they were nervous but remembered all their lines and could see that the audience loved it. They agreed it was a great experience and felt proud of themselves. Everyone was involved, from the actors, wardrobe assistants who helped with the costumes, makeup artist, the Producer and Director and all the workshop leaders on Deaf history and scriptwriting, comedy etc. The makeup and costumes were really good, with thanks to West Yorkshire Playhouse which hired the costumes and Wakefield College for the use of the Mechanics Theatre. Also thanks to Charlie Swinbourne, playwright and blogger, Mickey Fellowes, Acting Facilitator and Producer, and Frank Essery, the Director of the play – all deaf experts who helped to make the My Deaf Story fantastic!DVDs of the play are available on the Publications page.  Local Offer films

Two short films were made by the DDYC

– one aimed at parents of deaf children and the other aimed at deaf young people. These are on councils’ Local Offer websites in West Yorkshire.There were also three workshops on making films on mobile phones and the basics of film making.

A great time was held by some DDYC members at the Get Cooking workshop in Leeds led by The Deaf Punk Chef, Scott Garthwaite, and organised by the DDYC. Throughout the day, inspired by the chef, the DDYC members tried their hands on cooking Teriyaki Lamb Skewers with home-made chapatti. Blowtorching red/green peppers was certainly a new experience for them! At the end, we all ate what we cooked with satisfaction!It was very good to have The Deaf Punk Chef on hand to inspire us on our cooking skills in BSL. It did make an enormous difference. This was a fantastic day of Deaf culture showing that Deaf people can do!

Here it was Hannah Atkinson, qualified climber and trainer, and Giles Bowman, an expert climber, kayak and canoe user, who were the Deaf role models to show us the ropes (high and low)! We had a go at the climbing wall and other high rope activities including the dreaded Leap of Faith on to a trapeze at over 30 feet high! Other great activities were archery, canoeing in the rain, the high zipwire across the river, abseiling in the old abbey, orienteering and “Would I Lie to You” round a camp fire. We had a Deaf cultural quiz and played games.During the project there was also Safeguarding training and a Resilience workshop run by Young Lives, Wakefield who also greatly helped us to monitor and evaluate the project.Georgina Brown, professional photographer and DEX Director, did wonders with her camera and took so many photos. It was very difficult to decide which to use publicly as they all were so good.Thanks go to Steve Gibson, freelance Project Manager and also a DEX Director, for making it all happen! The